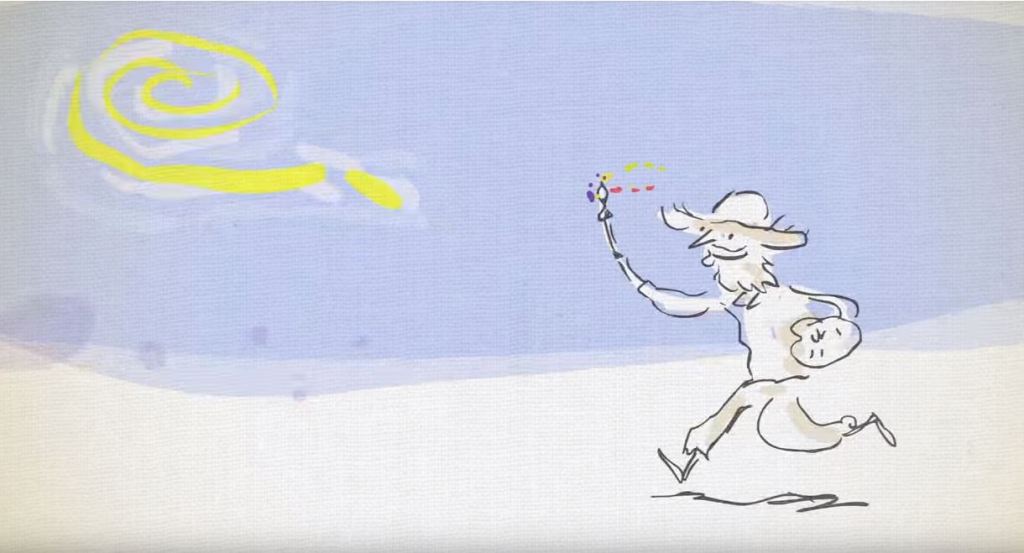 Artwork by Avi Ofer for Ted-Ed

Vincent Van Gogh’s Starry Night, painted in 1889, depicts the view from his room’s window at the Saint-Rémy-de-Provence asylum. Painted at the peak of his struggle with mental illness, Starry Night captures swirls of light and flows of clouds across the sky, streaming over a village and surrounding hills, just before sunrise. His ability to capture luminance gave movement to his painting, and gave science a glimpse at one of the hardest concepts the human brain has tried to understand: Turbulent Flow in fluid dynamics.

While viewing distant clouds of dust and gas around stars through the Hubble Space Telescope, scientists were reminded of Starry Night and were motivated to study the luminance in his artwork. “They discovered that there is a distinct pattern of turbulent fluid structures close to Kolmogorov’s equation hidden in many of Van Gogh’s paintings.”

The Ted-Ed video below describes how scientists made the connection between his art, psychotic agitation, and science, and just how important a revelation to the study of Turbulence this is.

“While it’s too easy to say Van Gogh’s turbulent genius enabled him to depict turbulence, it’s also far too difficult to accurately express the rousing beauty of the fact that in a period of intense suffering, Van Gogh was somehow able to perceive and represent one of the most supremely difficult concepts nature has ever brought before mankind, and to unite his unique mind’s eye with the deepest mysteries of movement, fluid and light.”